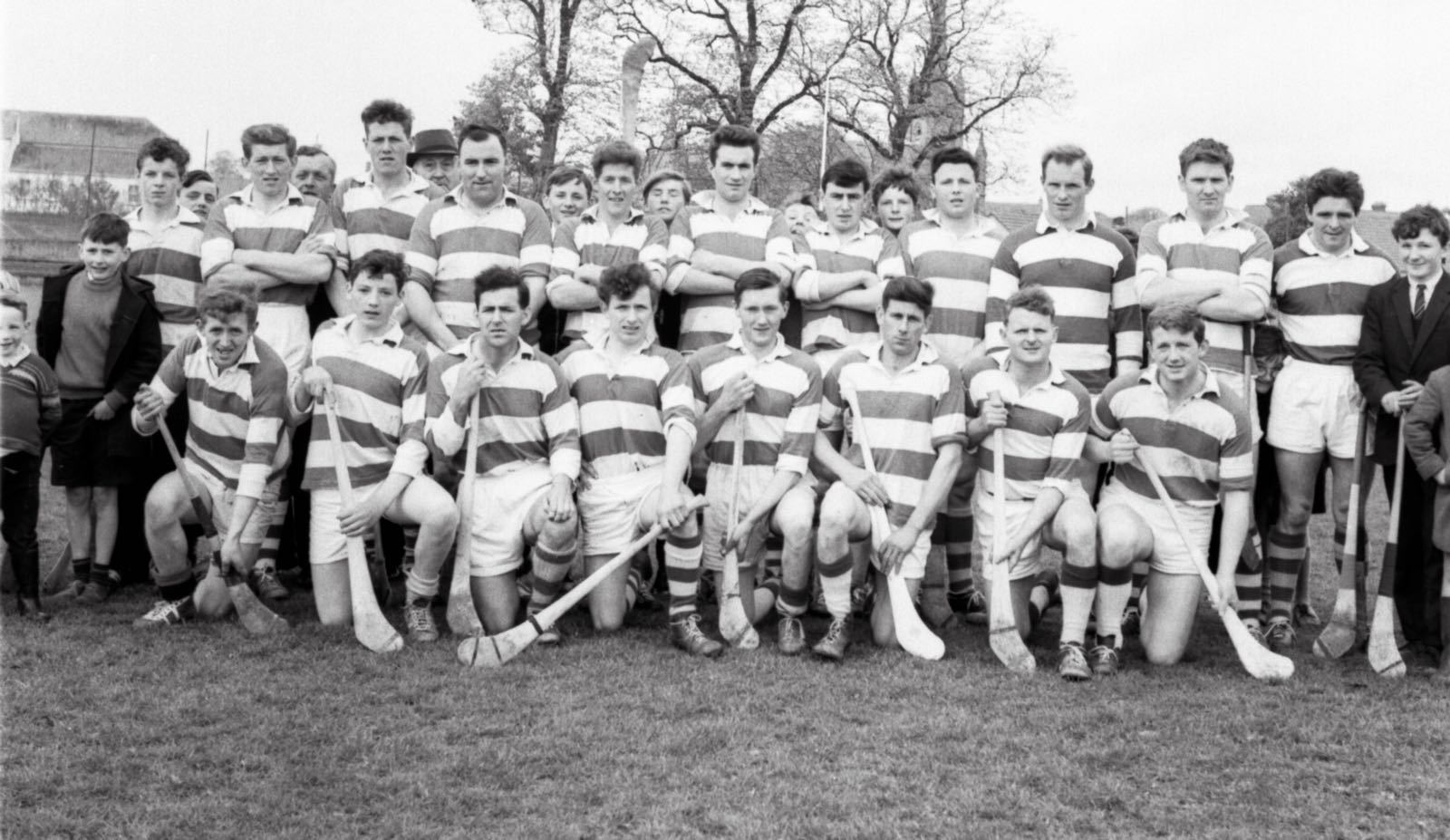 Kinnitty GAA. Club is one of the oldest in the country. It was founded in 1887, three years after the official formation of the GAA. Their main pitch at the time was known as the "Rens Hollows" This was situated just outside the village. The green and white was worn with pride back then as it still is today.

Down through the years the club always maintained a great relationship with Offaly hurling and many fine hurlers who went on to represent their county took their first puck of the sliotar on Kinnitty’s green sod. Latter-day hurlers such as Johnny Flaherty, Paudie Delaney, Ger Coughlan, Mark and Paddy Corrigan who followed in the footsteps of former Kinnitty greats like the Cordial and Carroll brothers, Lar Langton and Mick Corrigan to name just a few.
The Offaly junior team that won the All-Ireland in 1923 had no fewer than seven men from Kinnitty representing the county.

In the earlier years there were three teams in the parish, Roscomroe, Cadamstown and Kinnitty. This meant that the parish had to wait a long time before they could field their strongest team and thus, honours were hard to come by. Kinnitty contested its first county final in 1899, but they had to wait until 1920 for their first victory. In the intervening years Cadamstown brought home the cup in 1900 and again in 1902 and became one of the few clubs in the county to have a 100% win record in contested finals.

History shows that when hurling was thriving in Kinnitty it also had a knock on effect on the county team. The 1920’s brought Offaly their first ever All-Ireland title with, as previously mentioned several Kinnitty men on the team. After the success of the 1920's and 30’s Kinnitty hurling went through a phase that locally became known as the "Barren Years". But, thankfully for the club, there were men like Tim Egan, Paddy Joe O’Neill and others to keep the flag flying when it would have been much easier to give up. They got the rewards for their tremendous work when Kinnitty won the Junior title in 1966 and followed this up with the Senior title in 1967.

The great Kinnitty teams of the l970’s and 80’s played a major role in the breakthrough of the Offaly Senior hurlers when they won the ultimate prize in 1981.